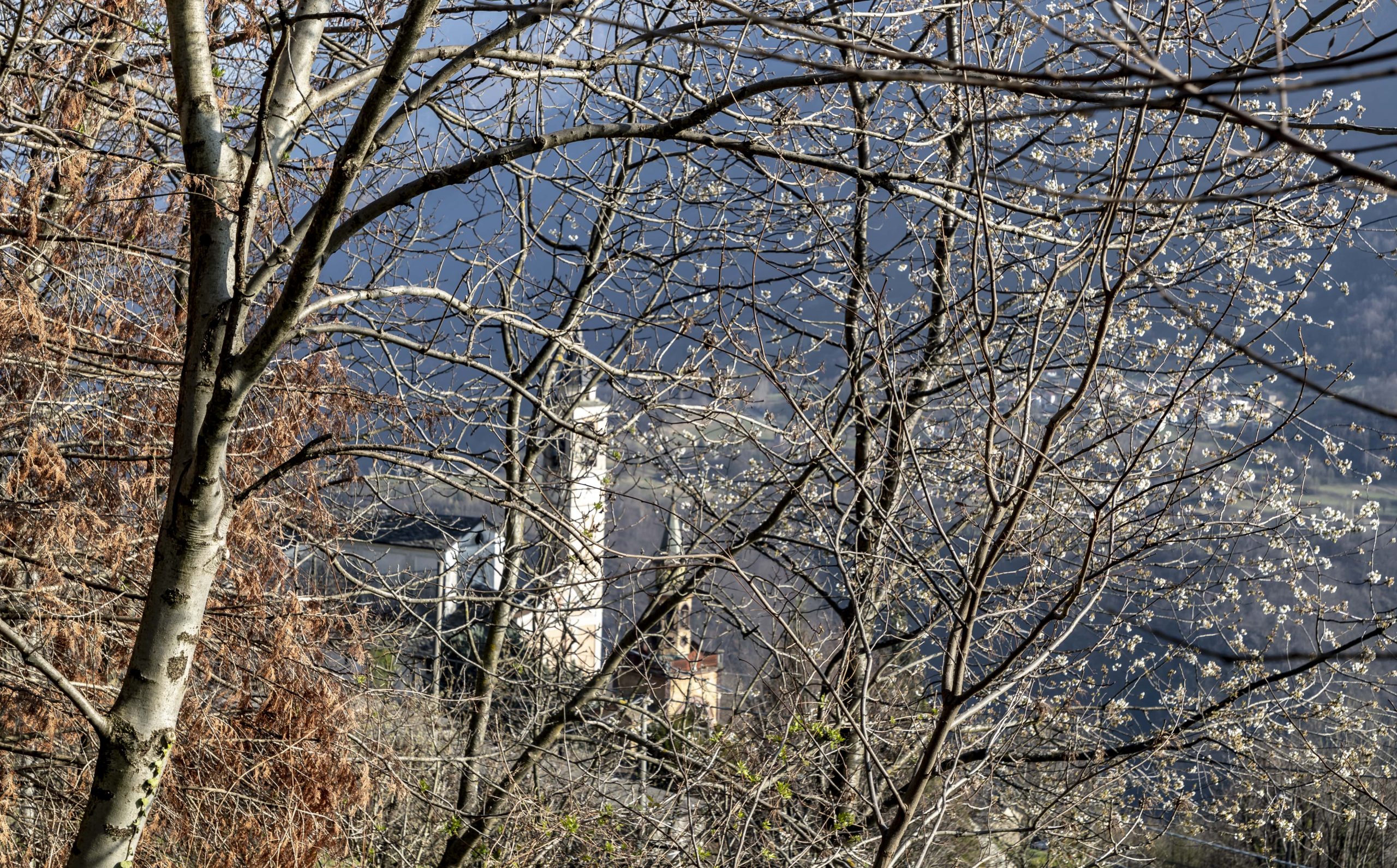 10 – The itinerary of the memory

The itinerary, alternatively to the IT06 route, takes place on the ancient paths that once used to connect Bellano and the Valsassina valley, passing by Vendrogno, where several local historical events happened

From Vendrogno, after admiring S. Cristoforo (the wayfarers’ protector) on the Sant’Antonio church façade, you can continue east way towards the cemetery, where it is possible to see the funeral monument of Engineer Giglio

You can go back from Margno to Vendrogno walking through Taceno.

The itinerary of the memory (1)

The itinerary of the memory (2)

The S. Lorenzo parish, dated back to the 13th century, shows a bell tower that was once a lookout tower. Under the porch it is possible to see a frescoed big foot surrounded by fish, that leads us back to a restoration made during the 18th century. The field present next to the church offers to its visitors a magnificent view of the Valsassina glacial basin.

Reaching Inesio district, you will immerse yourself in the village that in 1453, with its ancient lookout towers, has been the logistics headquarter for the Muggiasca battle against the venetians. Leaving the village still facing Valsassina, you may walk downhill to Valle dei Mulini valley, along a path made by now abandoned terracing; this route will lead you to the chestnut groves until Bagnala district, the headquarter of a fortification destroyed by the venetians. On this same path during the Resistance period, four partisans killed in Abbio were carried to the cemetery of Vendrogno , behind the Cimone mountain.

You can now visit Margno, a fortified medieval village, and the parish that was restored by Giglio. Once you get back to Bagnala, you can take the left path towards Taceno: the first part of the journey will be on the mule-track, whereas the second part starting at the cemetery will be on the road. After visiting the village, if you want to go back to Vendrogno you will have to follow the west way in Gera, near an ancient restored mill.

After overpassing the Assogno tower, at the junction you have to tak the left downhill path on the Taceno-Vendrogno route, right before the Gulliver’s agritourism. Overpassing the Valle dei Mulini (Mills’ valley) too, at the other junction you have to take the left path to enter Comasira and admire the magnificent gates, including the one that might have inspired Engineer Giglio to design his mortuary chapel. Walking through the small streets of the village you reach S. Sebastiano, over which you can enjoy a beautiful view of the lake.