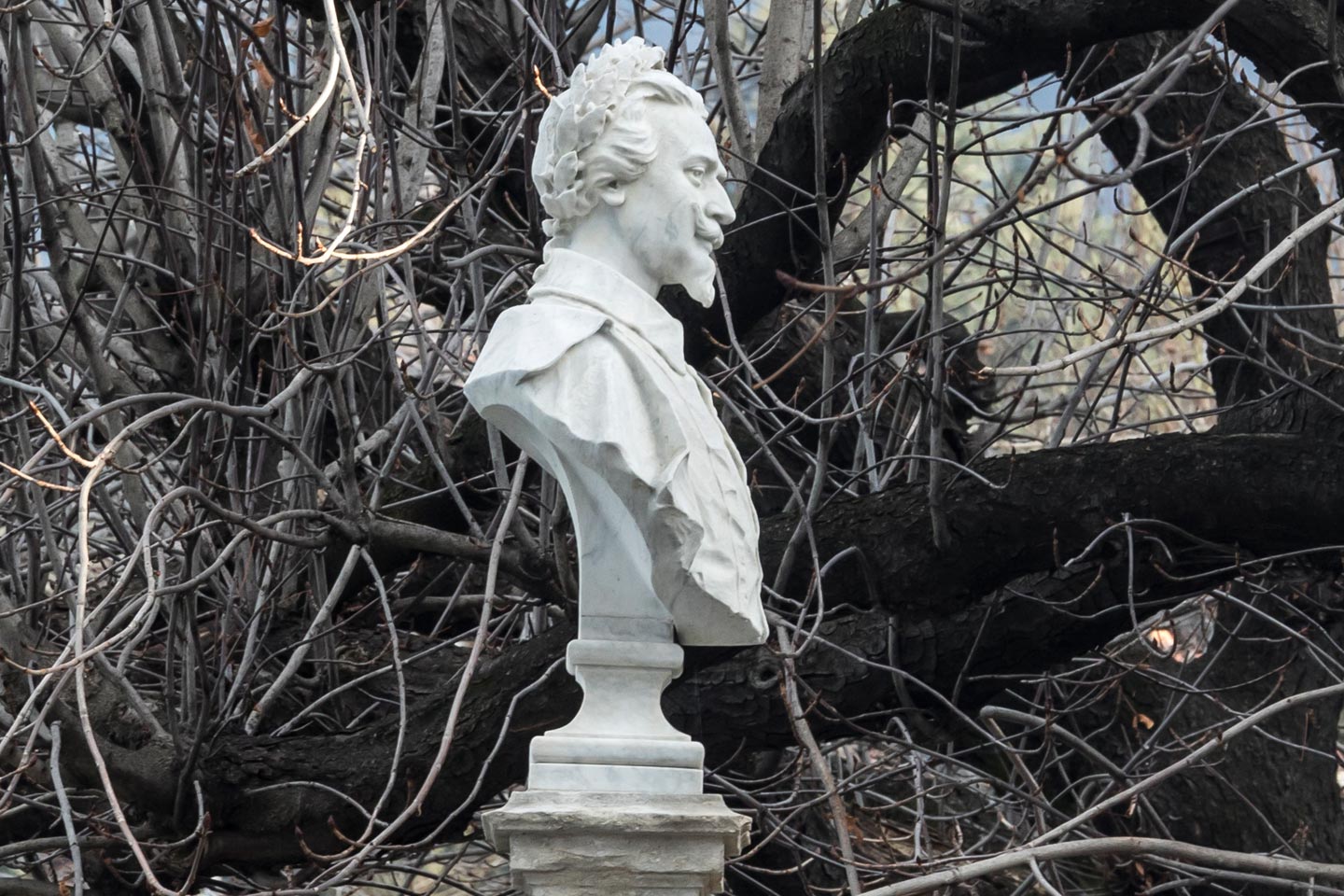 Sigismondo Boldoni was born in the family villa in Bellano on the 5th July 1597 to Cecilia Cattaneo and Ottavio, a jurisconsult, the only son of Nicolò: physician to Filippo II.

He himself, however, called himself "patricius Mediolanensis" on the title page of his works because of his family's ambition to say, or rather be believed, to be from Milan.

Not much information has come down to us about his youth, except that he attended high school in Milan and Como, and then enrolled at the University of Padua to take courses in medicine and philosophy. In those years he wrote a Latin poem, Larius, published in 1617, which was a great success, especially for its detailed geographical descriptions and historical-archaeological information about cities and towns.

During his university days, Sigismondo Boldoni distinguished himself by some of his orations at the university and for his brilliant academic career; however, he was held back by the death of his father from which a bloody fight for the division of assets ensued, leading him to wound his brother Flavio with a sword.

Following this episode, despite the forgiveness of his brothers, Boldoni decided to flee to Padua, to avoid the trial and escape punishment. In his new city, however, he managed to finish his studies, graduating in medicine and philosophy.

During his university days he distinguished by some of his orations at the university and for his brilliant academic career.

He then moved on to Venice, Pesaro, and Urbino until he reached Rome where he joined the Accademia degli Umoristi, securing the patronage of numerous personalities. Four years later he was finally able to return home thanks to the intercession of some important members of the Curia and a Milanese senator.

In 1622 he obtained a chair at the University of Pavia and, thanks to the support of the president of the Milanese Senate, the following year he joined the Noble College of Physicians. Despite his academic commitment, Boldoni devoted much of his free time to writing literary works.

In June 1625 Boldoni returned to Rome, on the recommendation of Cardinal Ubaldi of Bologna, probably in search of some honorary position; however, the trip disappointed his expectations. He then occupied the time of his stay in Rome by working on the correction of the first “canti” La Caduta dei Longobardi, a text he had begun in Pavia. At the end of this unfortunate parenthesis Boldoni returned to Lombardy to continue working on his poem and then resumed his courses in Pavia without, however, dedicating too much effort to it, as he himself admitted. Despite this, however, in 1628 he obtained the most important chair of philosophy at the university, snatching it from his competitor Nicola Sacco, a professor at the university for more than thirty years.

In 1629, at the instigation of his friends, Boldoni finished the eighth canto of La Caduta dei Longobardi. This poem, however, was later edited by his brother Giovanni Nicolò in 1656, after some reworking.

Between the end of 1628 and the beginning of 1629, fear of the invasion of the Lansquenets began to spread in Lombardy, especially because of the possible spread of the plague. The letters written by Boldoni in this period are very important: in fact, there is a lot of detailed information, judgments and news that would later be used by scholars and by Alessandro Manzoni himself to know about the situation of the time. In these letters Boldoni described the violence of the devastation wrought by the invading army, the first full-blown case of plague that occurred in Chiuso, near Lecco, and the extension of the scourge to Bellano, where he often stayed in his villa, and loved to walk in the gardens along the Pioverna in view of the Orrido.

A few months before his death it seems that Boldoni received the lead chair of philosophy at the University of Padua, succeeding Cesare Cremonini. In the winter of 1629 he returned to Pavia where he died on July 3 of the following year, infected with the plague by his tailor.