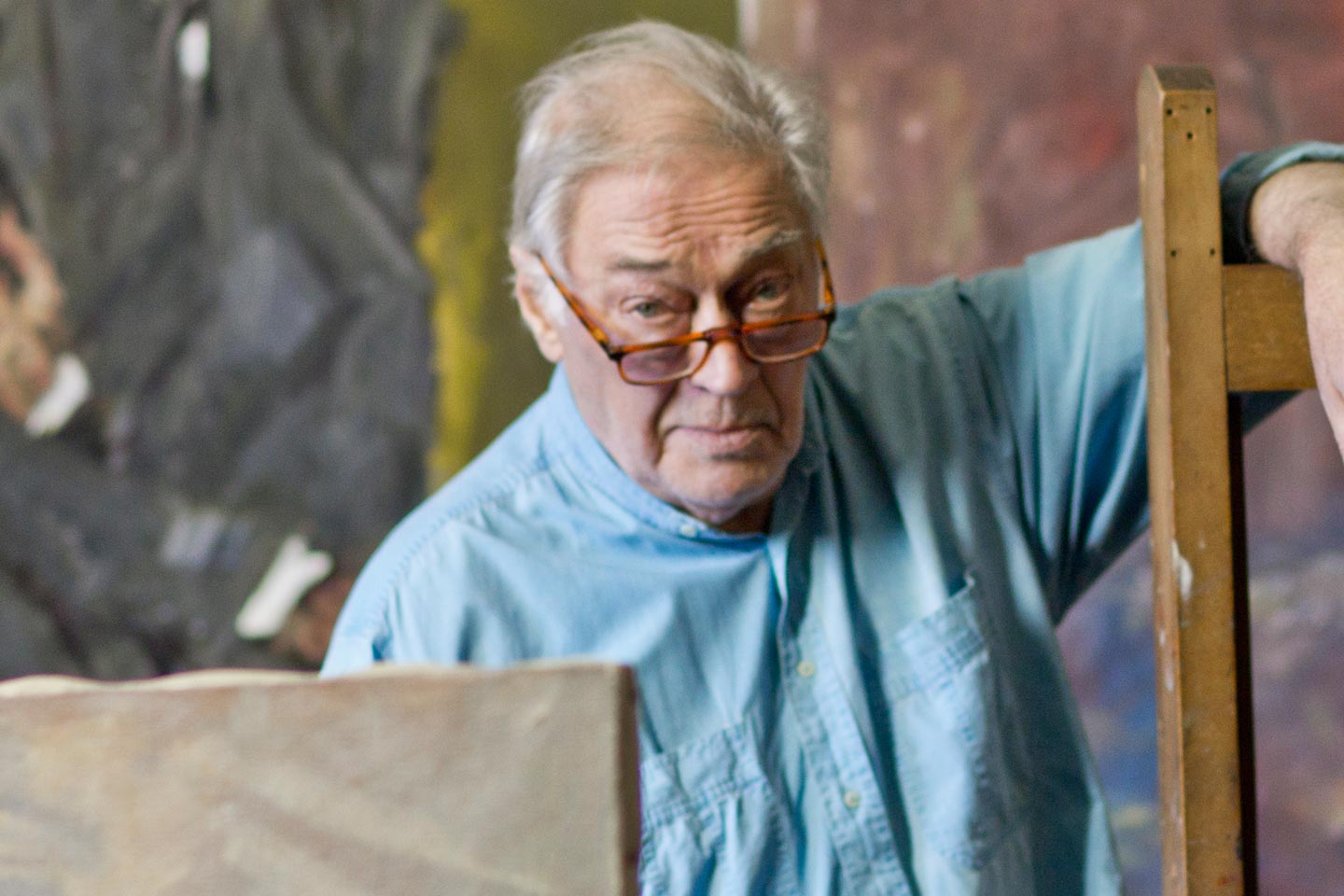 Giancarlo Vitali was born in Bellano on 29 November 1929, into a family of fishermen.

He began painting at the age of fifteen, after a period of work at the Institute of Graphic Arts in Bergamo, and exhibited his first work at the Angelicum in Milan in 1947 on the occasion of the Biennale of Sacred Art.

In 1949, he took part in the same Biennale with two works, Visitation and Supper at Emmaus, where he received warm appreciation from Carlo Carrà. He renounced his scholarship to the Brera Academy because his family was unable to support him in Milan. At this point, for Giancarlo Vitali, a long parenthesis of silence in his artistic works began.

He began working as an engraver in 1981 on the urging of his son Velasco and in 1983 he received a visit from Giovanni Testori who had come across a reproduction of a quartered rabbit by chance. A relationship of mutual esteem was born from this meeting, which soon turned into a great friendship.

The following year Testori dedicated an article to him on the third page of the “Corriere della Sera” and organized what can be considered his first solo exhibition in Milan. From then on, he exhibited in many public and private venues, published numerous catalogues and engraving folders.

He began painting at the age of fifteen and later became an engraver.

At the end of the 1980s he executed a number of public works, including portraits of benefactors of the Ospedale Maggiore in Milan for the Ca’ Granda picture gallery.

In 2017, in Milan, his son Velasco edited his father’s first major anthology, “Giancarlo Vitali. Time Out”, in an exhibition with venues at Palazzo Reale, Castello Sforzesco, the Museum of Natural History and Casa del Manzoni; in the latter venue the exhibition was curated by Peter Greenaway, the great English film director who shared his reflections on the themes of life and death with the Lombard painter. Each place was given the task of collecting the works and telling their poetic side from different points of view.