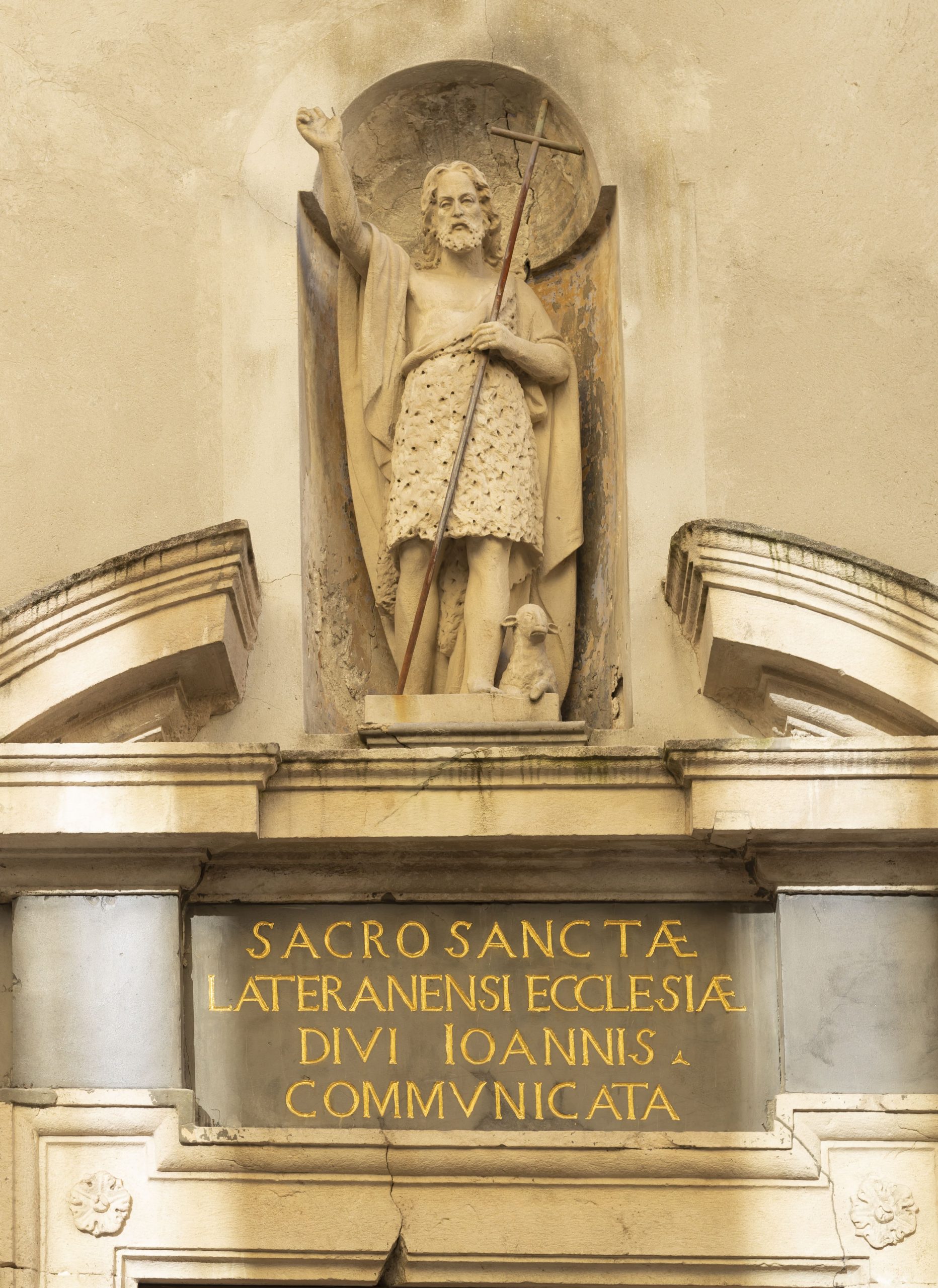 The church dedicated to Saint Martha is located in the historical center of Bellano, and overlooks the square of the same name in the immediate vicinity of the Prepositural church.

In ancient times it was the seat of the Confraternity of the Disciplini, that carried the same name, founded in the village in the late 14th century and documented in 1455 by the acts of the Archbishop of Milan Gabriele Sforza.

The building of the original church, erected in a form similar to that of the current layout seen today, has, however, undergone several changes and rearrangements in the years of the fourteenth and fifteenth centuries. Among these, the construction of the second chapel, on the right side of the nave, dedicated to St. Nicholas of Tolentino and completed in 1739, as stated in the inscription on the tombstone. Other works concerned the interior of the apse in the 18th century, the rich octagonal tiburium in the late 16th century and its rich decoration completed in 1582. Lastly, the construction of the bell tower, detached from the body of the church, probably erected in the 17th century.

The decoration of the presbytery was completed in 1706 with the two small paintings of the Miracles of Saint Martha.

The present church stands on a significant pre-existing building that can still be recognized today. This is a small, early fourteenth century church, of which we do not know the exact dedication. However, it is believed that it was not already the one dedicated to Saint Martha but to Saint Mary of which there is a trace in some documents. Certainly the original layout had a canonical orientation, that is, with the apse facing east, exactly like the provostry. In confirmation of this, what was once the presbyterial area survives, that is, the current chapel of the Holy Sepulchre, which can be found on the left as soon as you cross the entrance. The little nave corresponded to the present first span and in all probability continued to the opposite chapel today dedicated to Saint Anthony of Padua. The small apse has archaic architectural features that indicate that the construction can be no later than the fourteenth century: the triumphal arch is a lowered round arch, the roof is a cross vault whose falls rest on simple shelves made of stone slabs, as well as for the impost of the triumphal arch. This environment is out of square compared to the harmonious development of the current church, rotated by more than ninety degrees following the fourteenth-century reconstruction.

Despite some alterations, the present façade preserves its shape and slender proportions, typical of a mature Gothic style. The portal, on the other hand, is late but beside it traces survive of a smaller opening, surmounted by an Gothic-style lunette originally frescoed with the figure of the dead Christ. A little higher up, moreover, it is possible to observe the remains of a small window surrounded by low arched bricks.

Above the portal there is a broken tympanum surmounted by a statue of the Baptist from 1589 in reference to the aggregation of the School to the Archconfraternity of the Lateran Basilica in Rome. Higher up we can see a large round opening, while the crown of the façade is marked by a sequence of rounded hanging arches, intertwined to form ogives, made of brick and also repeated on the rear side of the complex.

The stucco and fresco decoration of the dome is also valuable: in the soffits of the two arches, the Prophets and Sibyls are portrayed, while the crests portray the Major Prophets, the tambour portray the Saints Nazarius and Celsus, Saint Martha and Saint Mary Magdalene in the segments of the vault allegories and angels with the symbols of the Passion. The wooden furnishings of the presbytery and the large sacristy armoire are of particular note, as well as some paintings including the Apparition of the Virgin and Child to St. Anthony of Padua, the Supplication of St. Martha and Mary to Christ and two roundels depicting St. John the Baptist and St. John the Evangelist.

In 1786 the confraternity of Santa Marta was dissolved at the behest of the Austrian government: the property passed into the hands of private individuals and the church became a subsidiary of the parish that also bought the premises of the confraternity.

Inside, a precious wooden group of life-size statues depicting the Deposition are kept. They are attributed to the sculptor Giovanni Del Maino, known between 1496 and 1536. 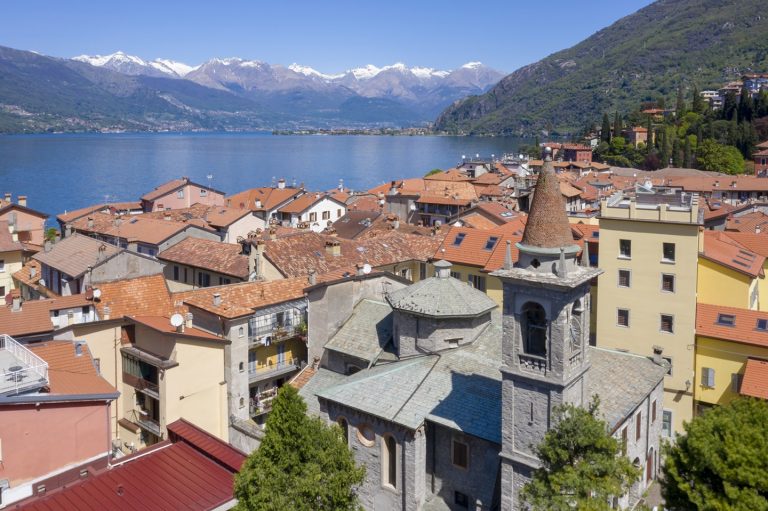 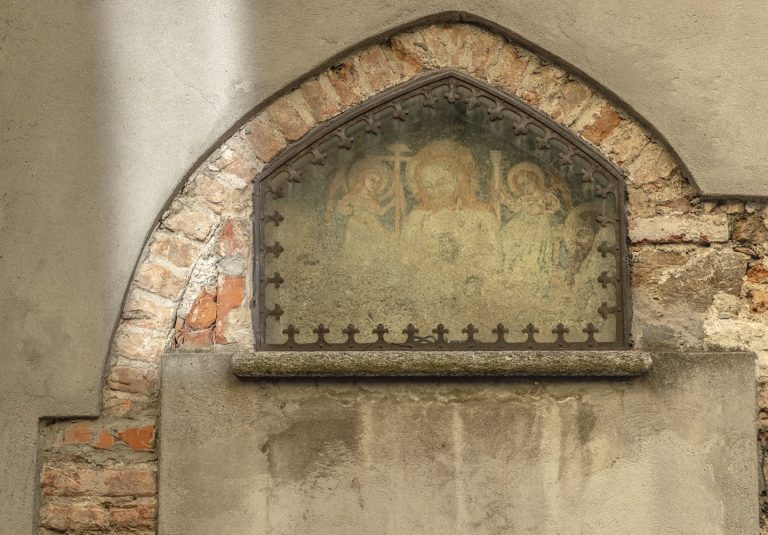 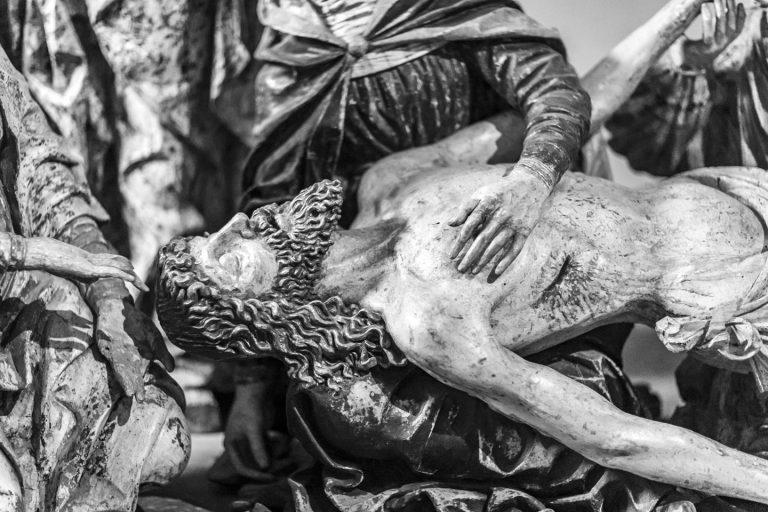 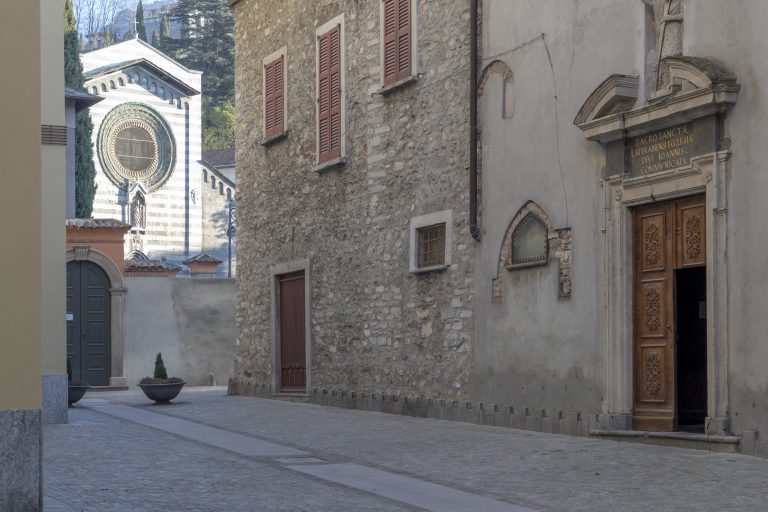 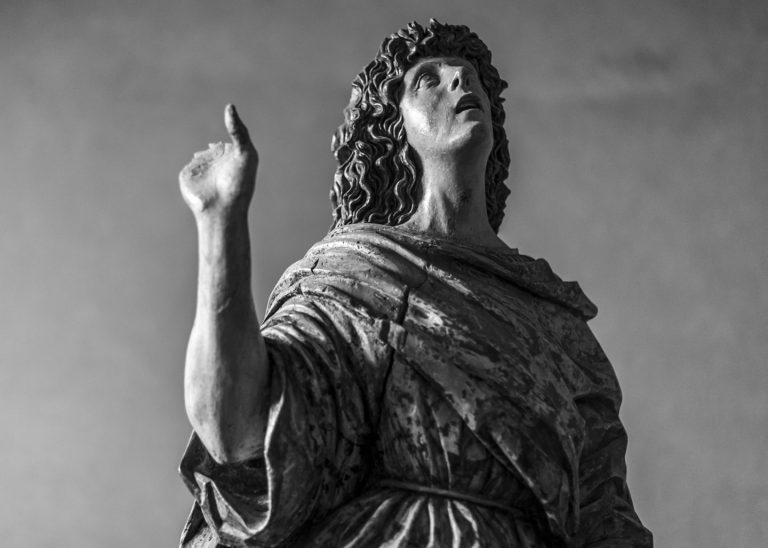 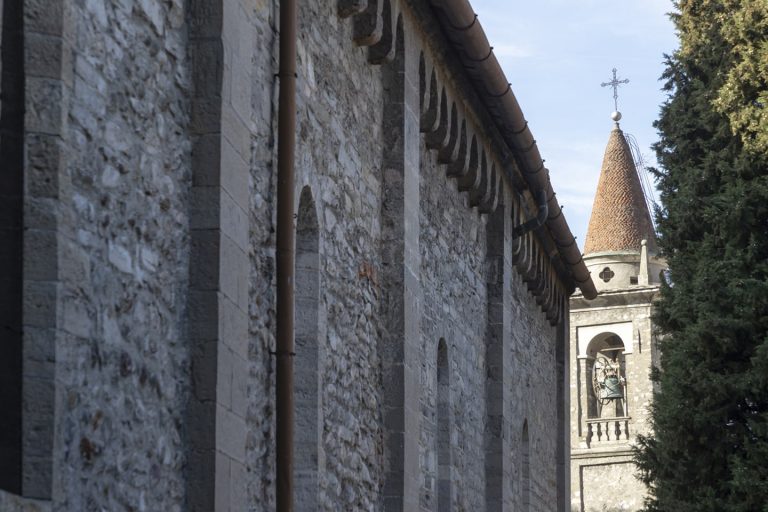