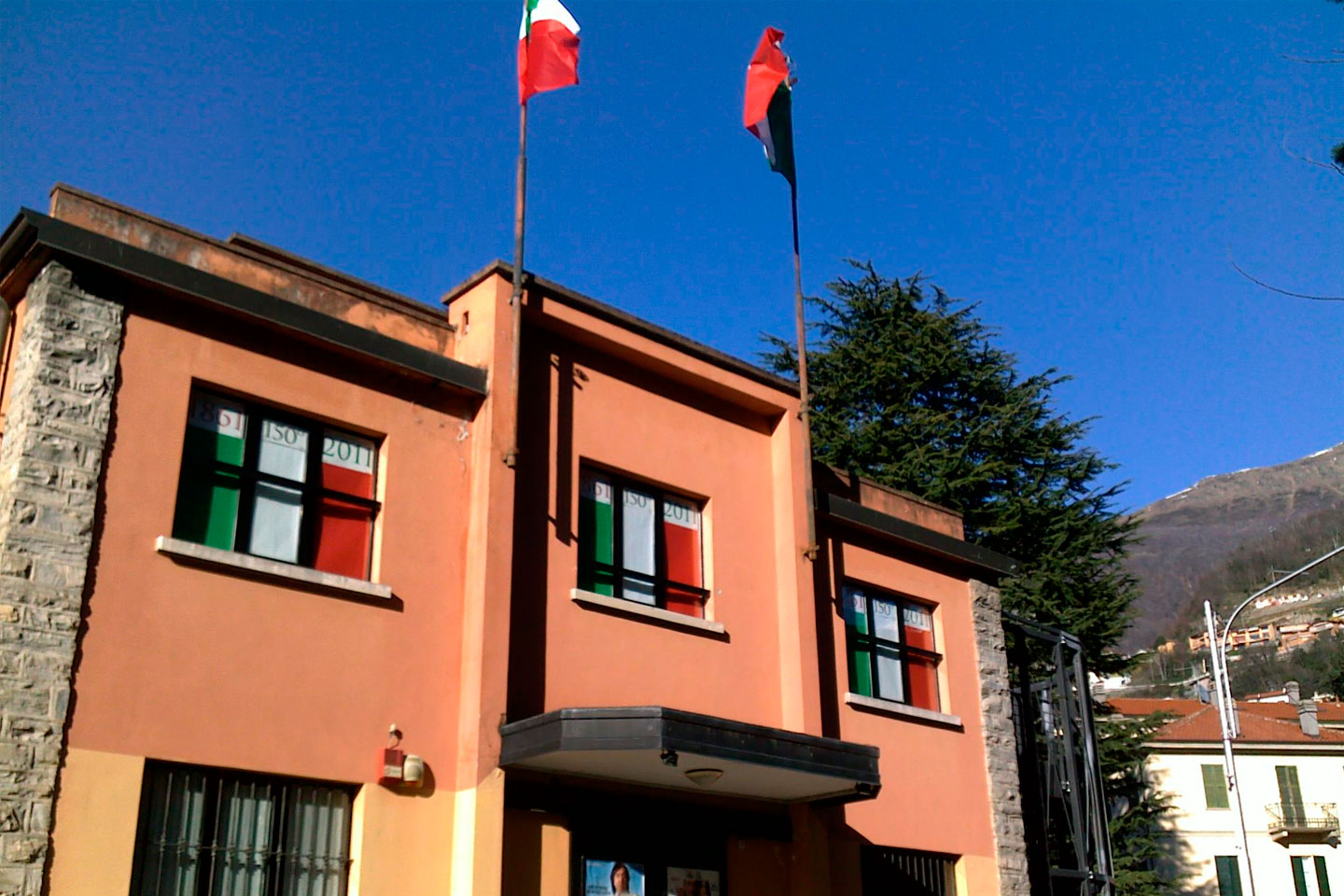 Starting in 2012, the Bellano Cinema, completely renovated in 2006.

Saw the installation of the first digital projector in the Province of Lecco. With a 244-seat hall divided into stalls in the front and graded seats in the back, it offers 2K digital quality projections on a 9.5 x 4.5 metre screen. The audio system is THX certified and supports both Dolby Digital and DTS encodings.

The Bellano Cinema, managed by the association of volunteers of the same name, offers newly-released films weekly, together with the return of titles released in Italy in previous weeks, as well as an annual review of Quality Cinema.

In addition to screenings, the structure hosts theatrical performances, book presentations, cultural events, competitions and conferences of various kinds, in collaboration with or organized by organizations or associations in the area.

The building, dated to the end of the 1930s, has always housed cinemas and theatres, even though these were located in the larger structure of the Casa del Fascio, which also included the rooms on the lower floor. The presence of a large room intended for such activities was explicitly requested by the Bellano section of the National Fascist Party; probably to hold meetings and project films for propaganda purposes.

The story of the collection of the necessary funds for its realization is a special one, as the Municipality of Bellano could not face this project with its own budget alone. The numerous production firms present in the village came to the rescue and donated conspicuous sums of money. The works could then begin on October 10, 1938, but they immediately encountered many obstacles: an increase in the amount of work to be carried out and their costs, a harsh winter and, once again, a lack of funds.

The building was completed on 25 October of the following year and the inauguration of the Casa del Fascio took place on 28 October, a symbolic date in memory of the March on Rome. The ceremony took place in spite of the fact that the cinema lacked the necessary furnishings and equipment due to the ever-increasing cost of the construction work. The offices intended for party leadership and youth doctrine, located on the lower floor, were instead ready for use.

Of great interest is the architectural composition used, even though this may appear rather simple at first glance. The style adopted is that of rationalism, widespread in those years and for this particular type of public buildings. The canons adopted are those of simple lines, without any kind of architectural frills, symmetries and particular relationships between forms. Thanks to a recent study carried out by three students from Milan Polytechnic, it was possible to decode the main façade by first identifying the composition of its parts as a re-elaboration of that of the prepositural church, and then rediscovering the rigid rules that determined its dimensions: this is the golden proportion expressed in rectangles, spirals and numerical ratios; a canon typically adopted in rationalist buildings.

With the fall of the Fascist regime, the building changed its name to Casa del Popolo, but the use of the large hall never changed, and even today, after various changes, it continues to host screenings and theatrical performances.