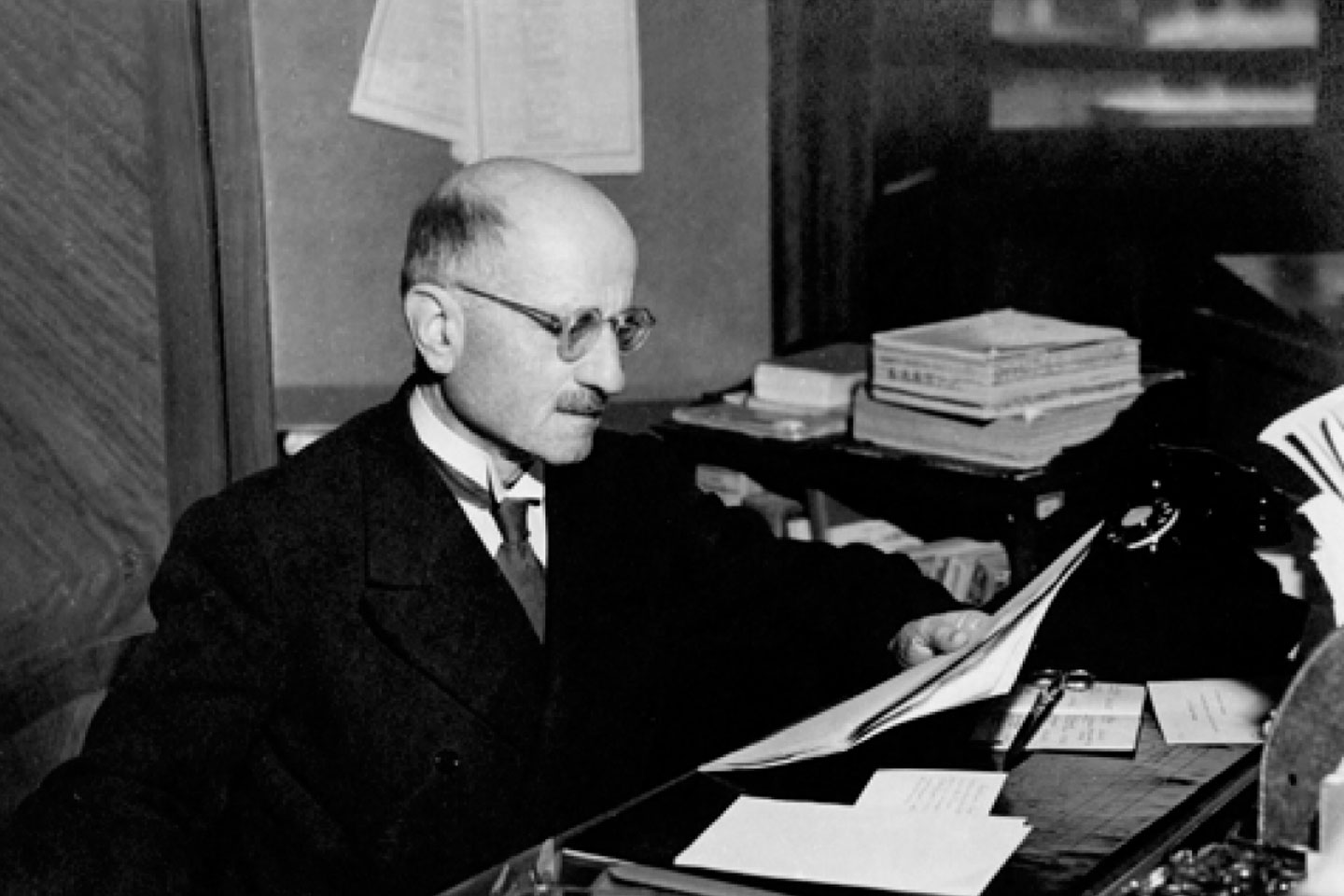 Bartolomeo Nogara was born in San Rocco di Bellano on April 28, 1868, the son of the landowner Giovanni Nogara and Giulia Vitali Lorla, a member of Bellano’s most conspicuous family.

He graduated in 1891 in "Greek and Roman Civil Antiquities" with full marks from the Royal Scientific-Literary Academy of Milan and obtained a second degree in law in 1895 at the University of Genoa. At the same time he studied the Etruscan language, then still unknown, specializing in glottology under the guidance of the illustrious professors Ascoli and Lattes.

After finishing his studies he began a brilliant career: in 1902 he was called to Rome, to the Vatican, to take up the dual post of Latin writer at the Vatican Library and of special director of the Gregorian Etruscan Museum, and in 1903 he was appointed curator of the Profane Museum of the Vatican Library.

In 1920, by the papal appointment of Pope Benedict XV, he took over the general direction of the Papal Museums and Galleries of the Vatican and the Lateran, thus becoming, in the space of just twenty years, the highest manager of one of the largest and most important museums in the world.

Nogara left his mark by relaunching the Vatican Museums through a new and more modern institutional order, strengthening and expanding the technical and scientific skills of the staff employed by him, opening restoration laboratories for paintings and sculptures, adapting them to the most modern technologies in use, coordinating publishing and educational initiatives of various kinds, including the University for Foreigners in Perugia, promoting excavation and cataloguing campaigns in coordination with the world’s leading museums.

With the outbreak of the Second World War he was responsible for encouraging and taking care of the safe storage of works of art and masterpieces from museums all over Italy at the Vatican.

In addition, he was responsible for numerous publications ranging from Etruscan to Greek-Roman archaeology, up to the Renaissance.

With the outbreak of the Second World War, from 1942 to 1945, he was responsible for encouraging and taking care of the safe storage of works of art and masterpieces from museums all over Italy at the Vatican. In particular, he took care of the gold from Pompeii, the treasure of St. Mark’s in Venice, the Altar of Sant’Ambrogio in Milan, the Archives, the Library and the art treasures of Montecassino and the Treasures of the Quirinale Palace, to name but a few. It is in fact thanks to Bartolomeo that these and many other works survived the bombings and looting attempted by the German occupying forces. As a result of his efforts, once the city of Rome was liberated, the Lieutenant of the Kingdom Umberto di Savoia conferred the title of Barone on Bartolomeo Nogara.

Although far from home, Nogara also devoted many studies and articles to the area of Lake Como and to the related archaeological discoveries that emerged in those years; in particular he devoted some studies and research to the restoration works of the prepositural church of Bellano, in 1930.