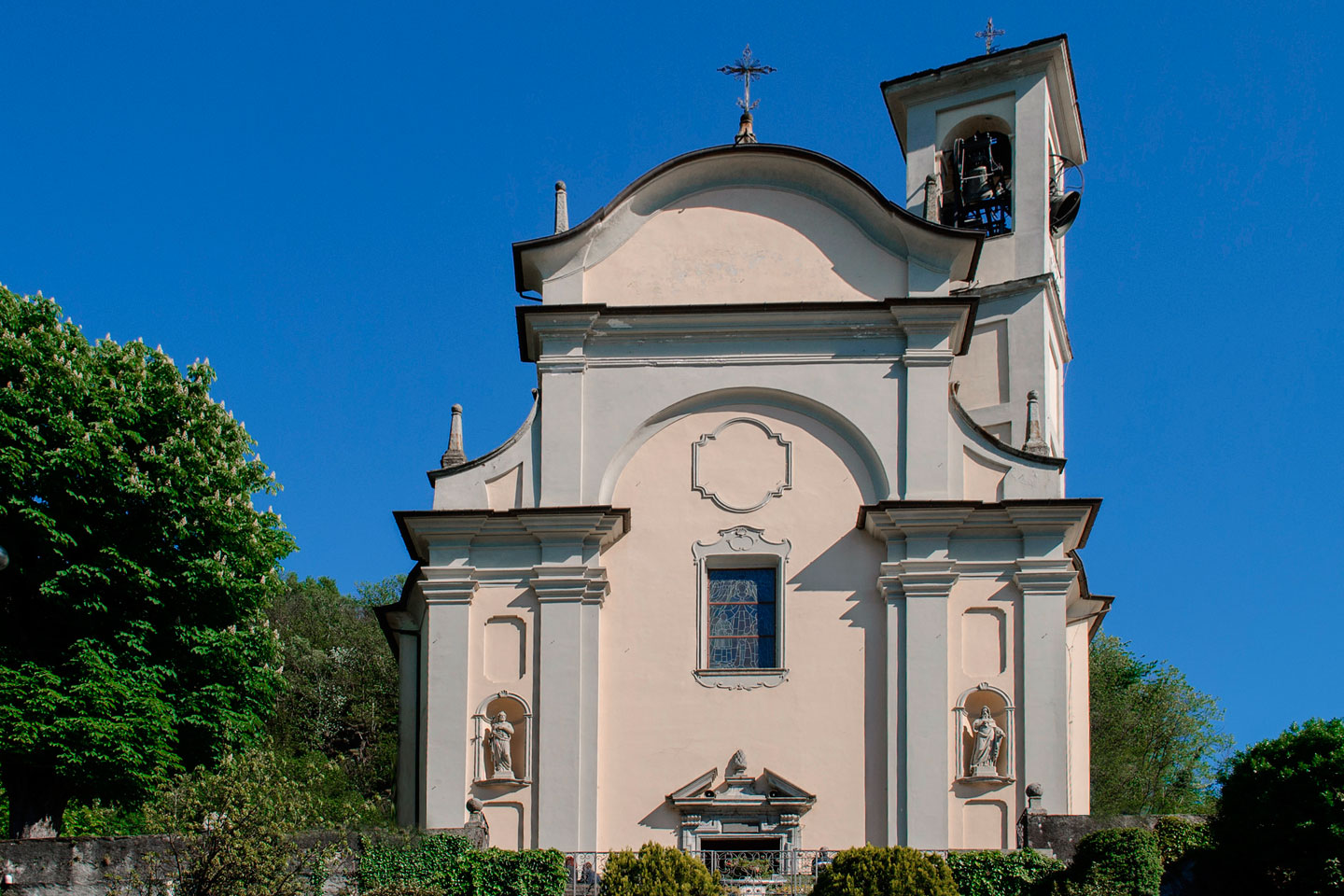 The Sanctuary of Lezzeno was built in the hamlet following a miraculous event.

On the evening of August 6, 1688, while hurriedly returning home from work in the fields because of a heavy storm, and walking past a chapel where the image of the Madonna was located, Bartolomeo Mezzera decided to stop and pray and realized that the effigy was crying tears of blood.

Thrilled by the event he ran to warn his relatives and the then provost Paolo Antonio Rubini, who ran under the pouring rain to verify the miraculous event. Then, in the middle of the night, the brethren of Saint Martha and Saint Roch went up from the village to form a barefoot procession, singing litanies.

The following day, the provost proceeded to inform the archbishop of Milan, Cardinal Federico Visconti, and the competent authorities who then certified the event as  miraculous. Many trace another sign of wider significance to this one: the return of the authentic faith and the arrest of the Albigensian heresy, which in Italy had driven whole villages in Valtellina and Lario away from the Catholic Church.

On August 6, 1690, the first stone of what was to become the great Sanctuary was blessed. It was completed in 1694 and since May 4, 1706, it has kept the miraculous effigy in a niche above the altar surrounded by angels.

There are many types of marble used on the altar, among which black Varenna marble stands out, especially in the frames, in the steps and in the balustrades.

The Sanctuary complex is not located in the place where the miracle took place, but is positioned on a hill that stretches further over Bellano and from which you can enjoy an incredible view on the water below. It is a church with a central plan, very compact externally, with a very deep presbytery and an upward-sloping facade. The latter possesses the forms of a mature Baroque, light and simple, typical of the late 1600s. It is tripartite with the two lower lateral portions, framed by pilasters on a podium supporting a very pronounced entablature, connected to the central portion by elegant curved lines. The pilasters, in turn, frame two niches containing the statues of St. Peter and St. Paul. In the center there is a large stone portal surmounted by a broken tympanum which projects one’s gaze towards the large window whose stained glass portrays the Coronation of the Madonna and the images of Cardinal Montini, Pope John XXIII and Monsignor Diego Venini, donor of the work. The facade ends with a sinuous gable and is flanked, on the right, by a bell tower whose base appears to be incorporated into the structure of the church and which has been raised over the centuries.

The interior of the Sanctuary has a single nave and is rich in marble, stucco and paintings made in different periods. The high altar, dedicated to the Virgin and originally placed further on, is provided with a sort of ambulatory with walls lined with Ex Voto that, increasing in height in the center, leads to the niche where the miraculous effigy is kept, placed in a golden shrine held by six golden bronze angels. There are many types of marble used on the altar, among which black Varenna marble stands out, especially in the frames, in the steps and in the balustrades, also on the minor altars; while the walls are frescoed with a landscape of loggias and colonnades. Natural light filters through two illustrated windows placed at the sides, while the other in the center comes from a large thermal window whose panes reproduce the scene where Bartolomeo Mezzera was facing the Miracle. The vaults of the high altar are also frescoed with scenes of the Coronation and Exaltation of the Virgin, while the arches are decorated with angels and saints.

Inside the Sanctuary of Lezzeno

In the vault of the narrowest part of the Sanctuary, where the high altar was once positioned, there is a portrayal of the Assumption in a glory of Angels. Of these, the one placed in lower left stands out, as it seems to come out of the scene and holds the coat of arms of the Municipality of Bellano. The four evangelists are shown in the crests at the sides of the windows, with many biblical prefigurations of Mary and finally on the walls the wedding of Canaan on one side and the descent of the Holy Spirit in the Last Supper. The vault of the great hall, instead, depicts the Desolate Madonna.

The altar on the left is dedicated to Saint Anne: the large altarpiece is a copy – made by Giovanni Grignaschi in 1873 – of the original painting that is in San Celso in Milan and depicts the Saint with the Virgin Mary and Saint Joachim. The altar on the right is dedicated to Saint Joseph, patron saint of the hamlet. The large seventeenth-century altarpiece represents the Coronation of the saint.

The place where the miracle took place is closely linked to the Sanctuary: it can be reached on foot along a stretch of the mule track that starts near the apse. In 1888, during the second centenary, a marble altar was added to the primitive tabernacle for the celebration of mass and everything was incorporated into a pretty little chapel with a central plan, frescoed vaults and a small sacristy and small bell gable. The lunette above the entrance reads: “Here – in Mary’s Tears – heaven thought about earth – in repentance and prayer – earth thought about heaven.”