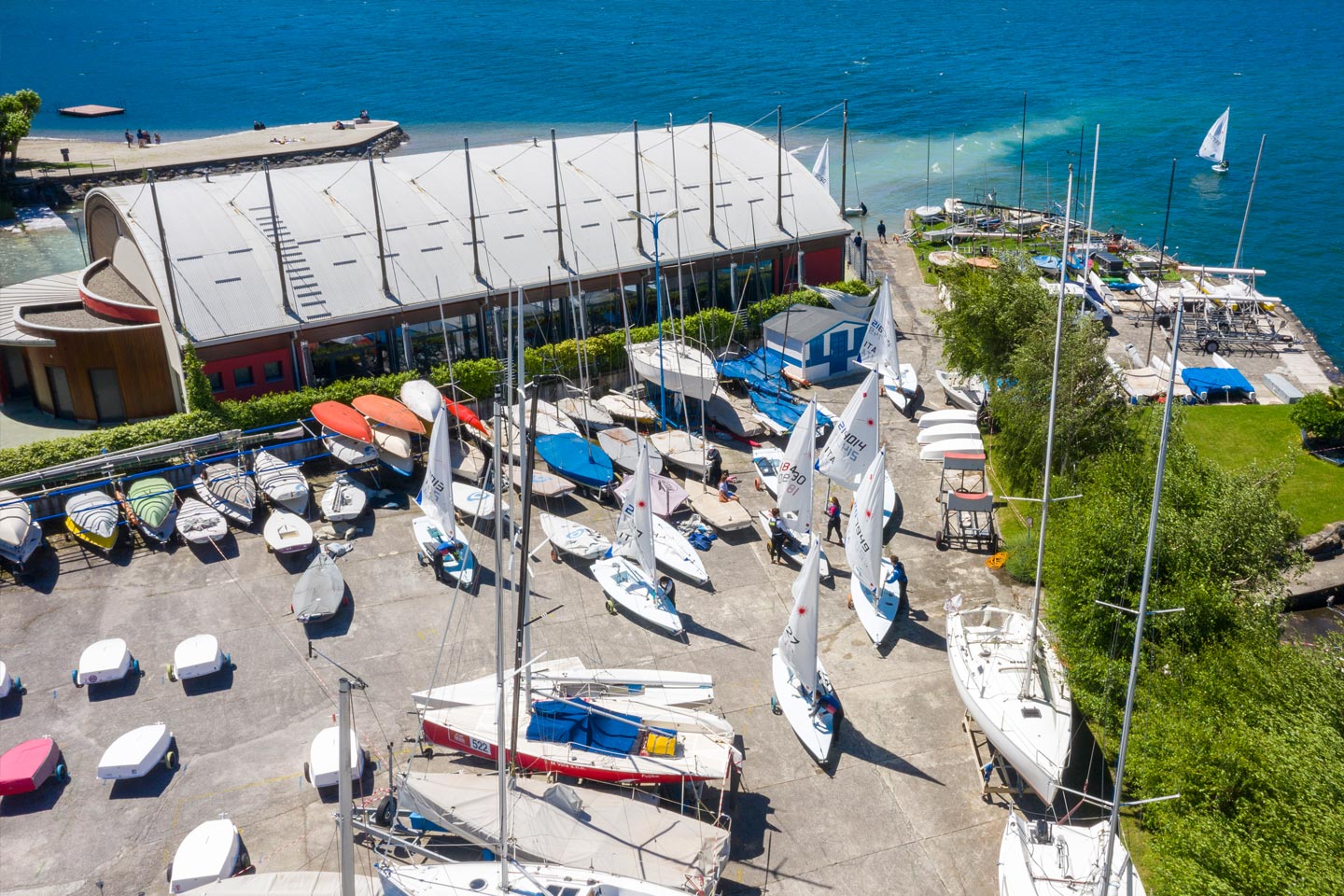 The Bellano Sailing Club, founded in 1970, is a reality that ranges from sailing school to the highest international competitions.

It is an important reference point for the area in its enhancement of the sport with such close links to the world of water on our lake.

The club is affiliated to the Italian Sailing Federation, CONI, the FIV authorized Sailing School and CONI center for sports initiation. Sports activities held on the lake have always been the protagonists in the stretch of water in front of the City of Bellano and in general between the center and the upper lake as the latter presents itself as an ideal racing field due to its size and the presence of numerous winds that cross it at various times of day: for almost the entire year, especially in the summer months, in fact, a constant breeze blows, which takes the name of Breva, and blows from the south from noon and remains constant until sunset.

Starting in the nineteenth century, the first “sailing races” took place on this part of the lake, organized by the then Regate Club Lariano, a direct expression of the Milanese nobility and upper middle class of the time.

In 1970, in a historical period and in a changed social context, a group of young people from Bellano with a passion for sailing started the “Circolo Vela Bellano”: a sports association open to all those who wanted to try sailing, even those who did not have the possibility to own a boat.

The club, which has been active since the start, soon obtained recognition from FIV, organizing numerous courses open to adults and children each year, as well as important regattas, also of international importance, increasing its members to the point where today there are almost 500.

Organisation of the regattas, thanks also to the participation of the Multilario association with other Larian sailing clubs, includes national, European and world championships. However, promotional activity is not neglected thanks to the social and zonal regattas and the traditional Coppa Bellano established in 1901.