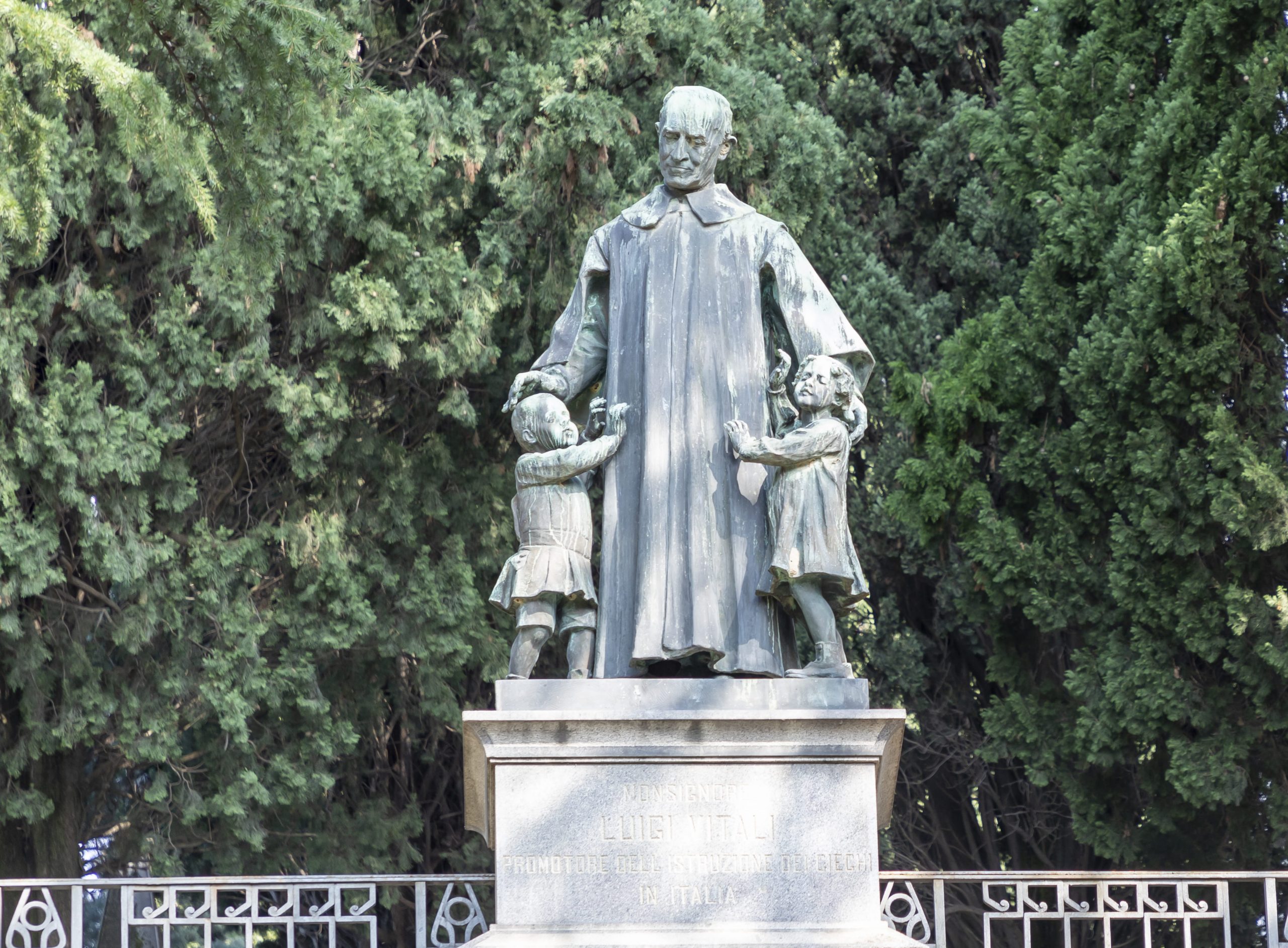 Luigi Vitali was born in Bellano in 1836 and was ordained as a priest in 1859 after having studied at the Seminary of San Pietro Martire in Seveso.

In 1861 he was hired as a collaborator at the religious newspaper Il Conciliatore di Milano, created with the aim of mending the rift between the Holy See and the Italian government on the question of temporal power.

Vitali’s letter written to the Count of Montalembert in 1862 is  famous. In it, his patriotism and strong liberal principles emerge. A few years later he was reprimanded by the Ecclesiastical Superior because he had dared to go to vote in political elections.

The young priest worked in the liberal cultural climate of independent Milan, where the wealthy classes paid a lot of attention to the less fortunate.

In 1876 he was then appointed rector of the Institute of Education for the Poor Blind, founded by Michele Barozzi in the first half of the nineteenth century. In these roles, Monsignor Luigi Vitali left important programmatic writings and some critical reflections on the educational choices of the blind.

In parallel with his commitments to the welfare and education of the blind, Vitali did not set aside his political interests and his liberal ideas.

He was also personally involved in the construction of the new headquarters for the Institute in 1892, in 1905 he founded the Asilo Infantile per ciechi (Kindergarten for the Blind) in 1915 he opened the Laboratorio Zirotti, together with Pietro Stoppani, for the professional training of blind soldiers returning from the war.

In parallel with his commitments to the welfare and education of the blind, Vitali did not set aside his political interests and his liberal ideas, as shown by the article he wrote for the “Rassegna Nazionale” in 1894.

Towards the end of his years, having completed his commitments in Milan, he decided to retire to the lands of Alto Lario where he had great influence on the local social and cultural life, without ceasing to do his best for the less fortunate: in fact, he sensitized prominent local personalities who made important donations with the sole aim of improving the living conditions of the less fortunate. In Bellano, his hometown that he never forgot, he personally founded the Asylum and the establishment of the local hospital. In Bellano Vitali was also involved in the construction of the male oratory, the realization of the parish library, the mutual aid and the professional schools; he also donated the land necessary for the enlargement of the municipal cemetery, with the realization of the new entrance where today there is a bronze statue that portrays him, by the sculptor Branca.