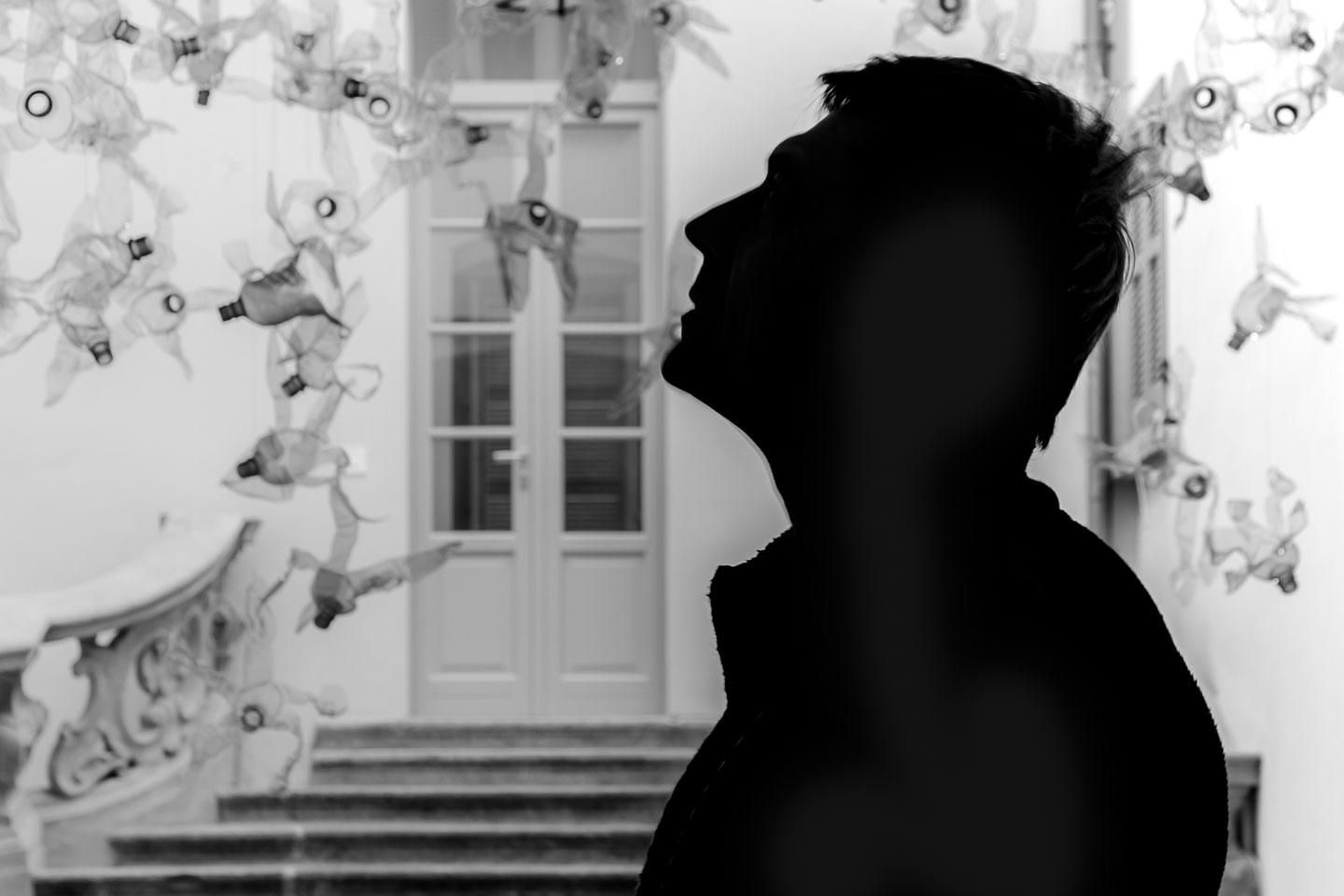 Velasco Vitali was born in Bellano in 1960, son of the painter Giancarlo, he completed his artistic studies, self-taught, and painted from childhood.

At the age of 24, on the invitation of Giovanni Testori, he took part in the Artists and Writers exhibition in Milan, at the Rotonda della Besana.

After a few personal exhibitions, his painting focused on the tragedy that destroyed part of the Valtellina at the end of the 1980s, bringing the work together in “Paesaggio Cancellato”, an exhibition curated by Roberto Tassi in 1990.

At the end of the nineties he was invited to the Quadrenniale of Rome and in those years he began an artistic journey on the ports of the Mediterranean and southern Italy: this gave rise to “Isolitudine” with Ferdinando Scianna in 2000 and in 2003 “MIXtura” with Franco Battiato.

In 2004 Electa published “Velasco 20”, a monograph on the first twenty years of his work with a contribution by Giulio Giorello. “Extramoenia” (2004-2005) was an exhibition commissioned by the Region of Sicily and held in Palermo (Palazzo Belmonte Riso) and Milan (Palazzo della Ragione).

“Apriti Cielo” collects watercolors on the theme of the sacred: these include some of the drawings made for the cultural page of “Il Corriere della Sera”.

In 2005 he became part of the MACRO collection. Curated by Danilo Eccher, he produced “Immagini, forme e natura delle Alpi” (2007) and “LATO4” (2008). “Sbarco” (2010) was curated by Fernando Mazzocca and Francesco Poli and was held in Piazza Duomo and in the complex of Sant’Agostino in Pietrasanta and in Milan in Piazza Duca D’Aosta and Palazzo Reale.

In 2011 he was invited to the Italian Pavilion of the Venice Biennale where he exhibited “Veidrodis”, the LKFF Gallery in Brussels hosted his solo exhibition “Branco”, and “Apriti Cielo” was published, a volume published by Skira that collects watercolors on the theme of the sacred: these include some of the drawings made for the cultural page of “Il Corriere della Sera”, with which he has worked since 2007. In 2012 he created “Foresta Rossa”, an artistic intervention on Isola Madre (Stresa) and in Verbania, curated by Luca Molinari. The reflection on ghost towns already underlying this last installation continued the following year with the solo painting exhibition “Foresta Rossa: 416 città fantasma nel mondo” at the Milan Triennale, curated by Luca Molinari and Francesco Clerici. The same year saw his solo sculpture exhibition, “Aria”, at the LKFF Gallery in Brussels, the installation of the group of sculptures “Branco”, curated by Flavio Arensi, at the Vittoriale degli Italiani, and the monumental project “Medi Terraneo” at the Ruffo Castle in Scilla.

On April 14, 2014 he exhibited the sculpture “Traditio Symboli” in the Cathedral of Milan and participated in the IV Biennale Gherdeina of sculpture in “Ortisei”, in Val Gardena. In February 2015 he was invited to the Berlinale (winner of the FIPRESCI award) as producer and protagonist of the documentary “Il Gesto Delle Mani” directed by Francesco Clerici, which portrays him during the execution of a bronze sculpture. In June of the same year, at the invitation of Emilio Mazzoli, he returned to exhibit with the show “FUGA” (curated by Mark Gisbourne and Giacinto di Pietrantonio) at Galleria Mazzoli in Modena.

In 2017 he curated and designed (with the collaboration of Peter Greenaway) the exhibition of his father Giancarlo Vitali, “Time Out” at Palazzo Reale, Castello Sforzesco, Museo di Storia Naturale and Casa del Manzoni.

2019 was the turn of the project “Veduta”, curated by Danilo Eccher, at the M77 Gallery in Milan, in the same year he reproposed the installation “Branco” at the royal court of the Reggia di Venaria in Turin and in 2020 in collaboration with Arte Sella and Mart of Rovereto he designed “the monument to resistance” for the sculpture park of the museum and in Castel Ivano (TN) . There are two different versions of the work “Sbarco”, one at the new PART museum in Rimini and the other at the Mole Vanvitelliana in Ancona.